I don’t know about anyone else, but to me it seems as if someone switched a button somewhere at the start of 2020 that began to turn the world upside down.

First there was the threat of a pandemic, then countries were forced into lockdown and economies sent crashing to the brink of collapse. This was followed by hundreds of satellites being sent up into space and even the weather began to operate in very mysterious ways.

And, with a plethora of alien and other bizarre documentaries flooding the airwaves during our enforced confinement, I’m now looking at the world in an entirely different way than I was just six months ago… FULL STORY 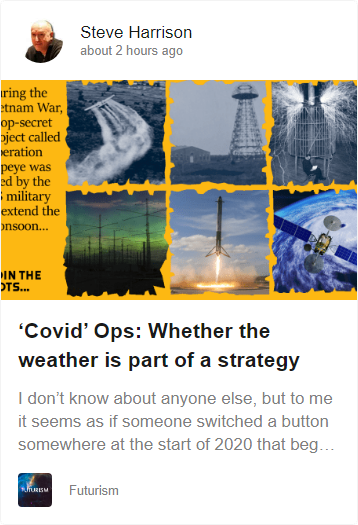