How long is it that she’s been in custody? Eight days isn’t it? And already the worms are starting to crawl out ahead of Ghislaine Maxwell’s appearance before a New York court for an arraignment and bail hearing via a video-link next Tuesday.

The 58-year-old former girlfriend and alleged “procurer” of young girls for child sex offender Jeffrey Epstein was arrested by the FBI in New Hampshire a week ago and charged with sex trafficking.

Maxwell, who had been in hiding since August last year following Epstein’s “suicide” in a Manhattan prison cell, is being detained at a federal jail in New York and is expected to be denied bail… FULL STORY 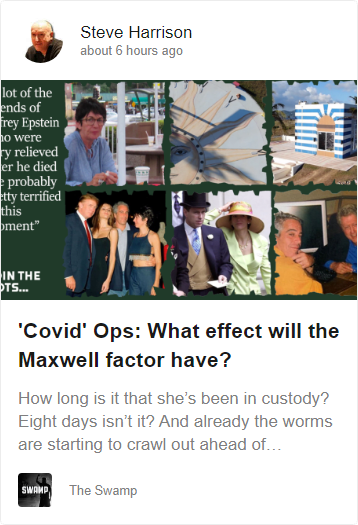