There’s a saying that “the best place to hide something is in plain sight”… the theory being that if something appears mundane it is generally perceived as being of little interest, so people rarely pay attention to it.

That seems to be the logic adopted by the World Health Organisation (WHO) when it comes to the global preparedness simulation exercise we’ve all become unwilling participants in this year.

Established in 1948, the WHO began preparing for the “worst” soon after its inception and by the time it turned 22 had its International Health Regulations (1969) in place… FULL STORY 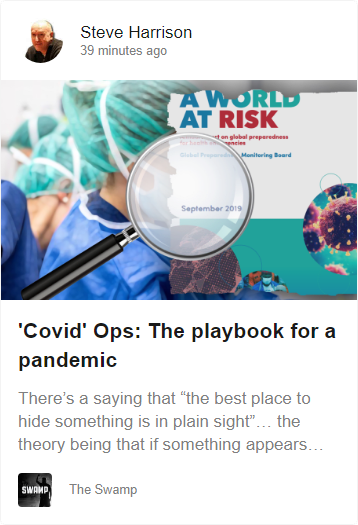