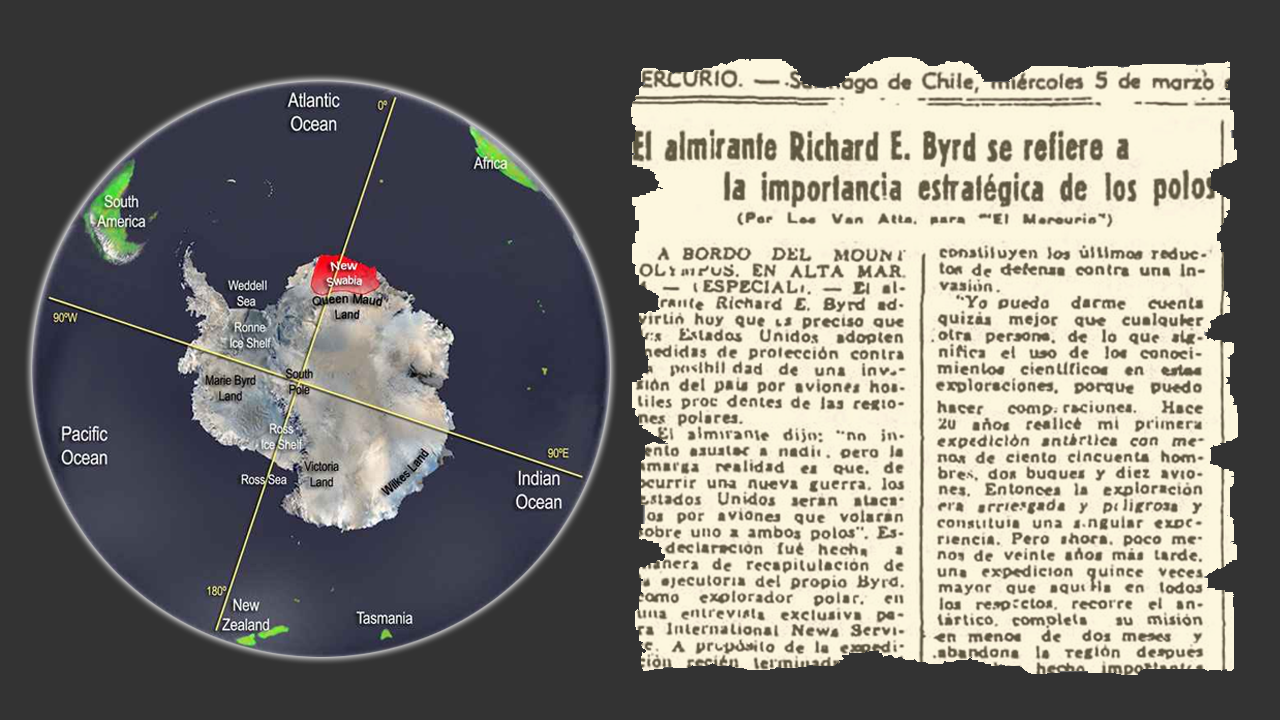 Whether Adolf Hitler managed to escape Germany before May 1945 or, as the history books tell us, he committed suicide in his Berlin bunker on 30 April, Soviet leader Josef Stalin’s words of warning to British prime minister Winston Churchill and US president Harry Truman at the 1945 Potsdam conference that the German fuhrer could have slipped away to a secret Nazi fortress under Antarctica seems to have played on the minds of the Western allies.

So much so that in 1946 Truman deployed a fleet of 13 warships to the continent, comprised of “two icebreakers; two destroyers; two tenders, that carried three seaplanes each; two tankers; two supply ships; one submarine; two helicopters; the aircraft carrier Philippine Sea, carrying six DC3 twin-engine planes; the flagship Mt Olympus; and 4,700 marines”.