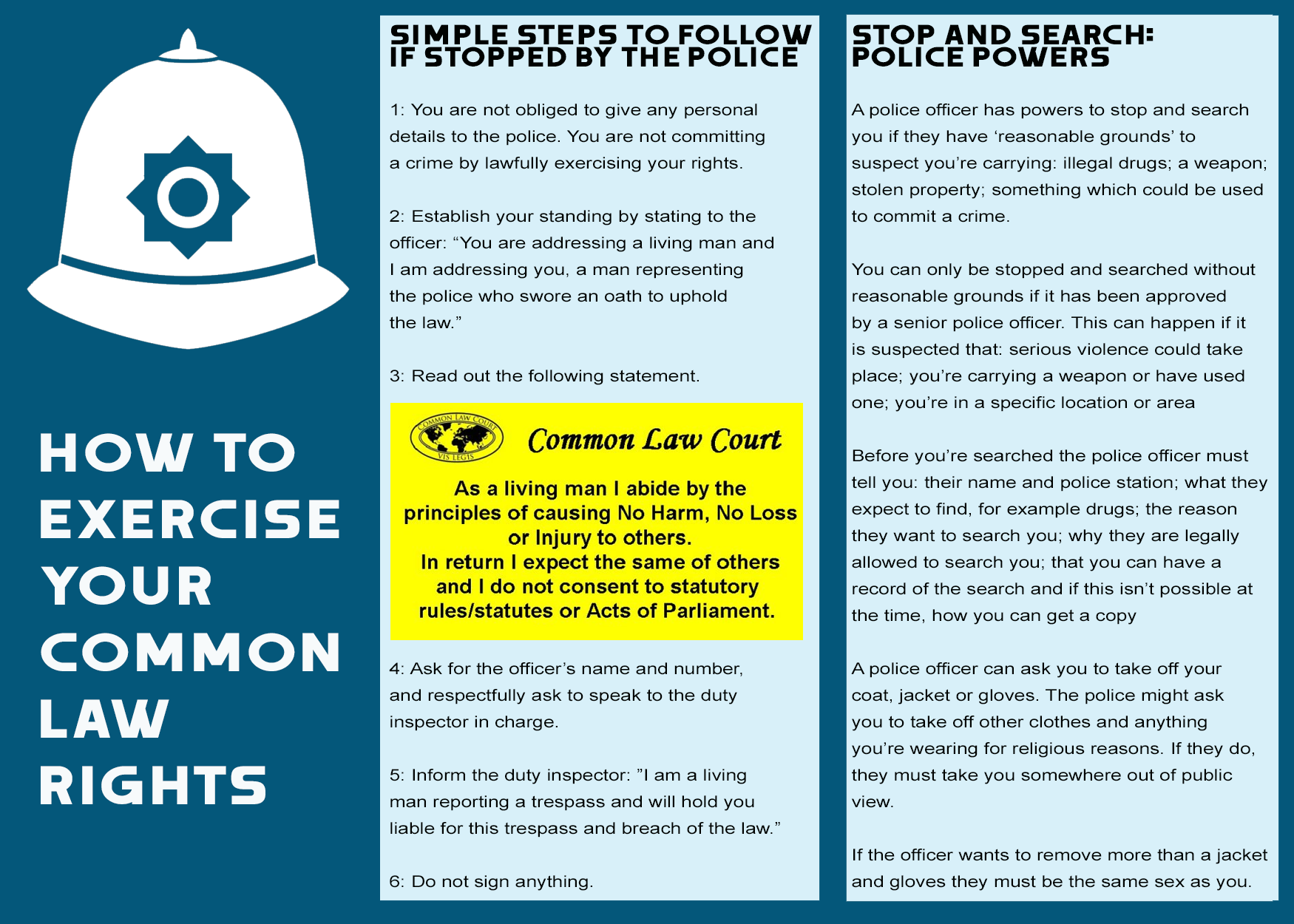 If you somehow think wearing a mask and following a one-way system around a supermarket, while staying two metres away from people, will somehow protect you against a bogus virus then I’ll question your intelligence but defend your right to adhere to this code.

If you think isolating yourself at home at the behest of tyrants makes someone’s life safer then I’ll definitely question your intelligence but if you choose not to integrate with society that’s fine by me.

But that’s about as far as I’ll go in accepting the behavior of those indoctrinated by the tyrants running the “plandemic” to create a New World Order on our planet.

In fact none of this plandemic makes any sense and, in addition to questioning the intelligence of people who follow the absurdities, I’d suggest that it is the compliance with these absurdities that is allowing the tyrants to perpetuate their assault on humanity.

So, to all you Covidiots out there, thank you for allowing the creeping fascism to take hold in our communities throughout 2020… I have little doubt that compliance to the absurdities is a far greater threat than any perceived virus.

I simply cannot defend your acquiescence, there is absolutely no justification for these measures and until individuals and businesses stand up against the nonsense it will simply continue until it reaches a point where our autonomy to reject these absurdities has gone. This is down to you, I cannot allow it to happen through my compliance.

As citizens of this planet we have a right to stand up against government abuse of power and in the British constitution this is enshrined in the Magna Carta and the common law of the land.

Under that law we have the right to rebel against any government that acts against our common interests and threatens the safety of the people without cause. This is precisely what governments around the globe are doing now and I would argue that it is every decent person’s duty to reject it.

In doing so I would advocate it is done peacefully by respectfully and stoically rejecting the rules and regulations being mandated by unjust governments. I accept that many people are fearful because they have families to feed and livelihoods to lose. But the short-term pain of non-compliance far outweighs the long-term repercussions of acquiescence.

If we all stand together this plandemic goes away in next to no time and perhaps then we can all get back to living decent, prosperous lives. But if we don’t we’re allowing the establishment of a world that is fit for nobody, other than the tyrants, to grow up in.

So, under my common law right, I reject the absurdities brought in by government rules and regulations and in doing so I will adhere to common law principles when dealing with those who seek to impose them.

I’ve read the information I can find on the subject and have listed below my understanding of the requirements, I’ve never had to use this approach before so I stress it is my interpretation of how to proceed. But don’t simply accept my thoughts on the matter, it is important for everyone to look into this themselves as it is crucial that you are confident in your rights.

GUIDELINES ON WEARING A MASK

Exempt individuals are not required to provide proof of medical exemption in verbal or written form. The government has issued a guideline, not a law.

You do not have to comply if you believe it is not in the best interest of your health to do so. If questioned, all you need to do is state you are exempt.

The government website states: “If you have an age, health or disability reason for not wearing a face covering: you do not routinely need to show any written evidence of this; you do not need show an exemption card.

“This means that you do not need to seek advice or request a letter from a medical professional about your reason for not wearing a face covering, although some people may feel more comfortable showing something that says they do not have to wear a face covering. This could be in the form of an exemption card, badge or even a home-made sign.” 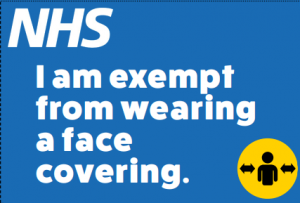 A police officer has powers to stop and search you if they have “reasonable grounds” to suspect you’re carrying: illegal drugs; a weapon; stolen property; something which could be used to commit a crime.

You can only be stopped and searched without reasonable grounds if it has been approved by a senior police officer. This can happen if it is suspected that: serious violence could take place; you’re carrying a weapon or have used one; you’re in a specific location or area.

Before you’re searched the police officer must tell you: their name and police station; what they expect to find, for example drugs; the reason they want to search you; why they are legally allowed to search you; that you can have a record of the search and if this isn’t possible at the time, how you can get a copy.

If the officer wants to remove more than a jacket and gloves they must be the same sex as you.

DEALING WITH THE POLICE

1: You are not obliged to give any personal details to the police. You are not committing a crime by lawfully exercising your rights.

2: You do not need to allow the police to enter your home or premises unless they have a warrant or the above stop and search parameters apply.

3: You must establish your standing under common law by stating to the officer: “You are addressing a living man and I am addressing you, a man representing the police who swore an oath to uphold the law.”

4: Read out the following statement: “As a living man I abide by the principles of causing no harm, no loss or injury to others. In return I expect the same of others and do not consent to statutory rules, statutes or acts of Parliament.”

A card with this statement is available from the website below (or you can save this to your phone): 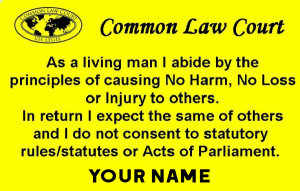 5: Ask for the officer’s name and number, and respectfully ask to speak to the duty inspector in charge.

6: Inform the duty inspector or, if he’s not available, the officer you’re dealing with: ”I am a living man reporting a trespass and will hold you liable for this trespass and breach of the law.”

8: If arrested register your birth details with the Common Law Court (via the website below).

9: Business owners should seek advice from the website below.