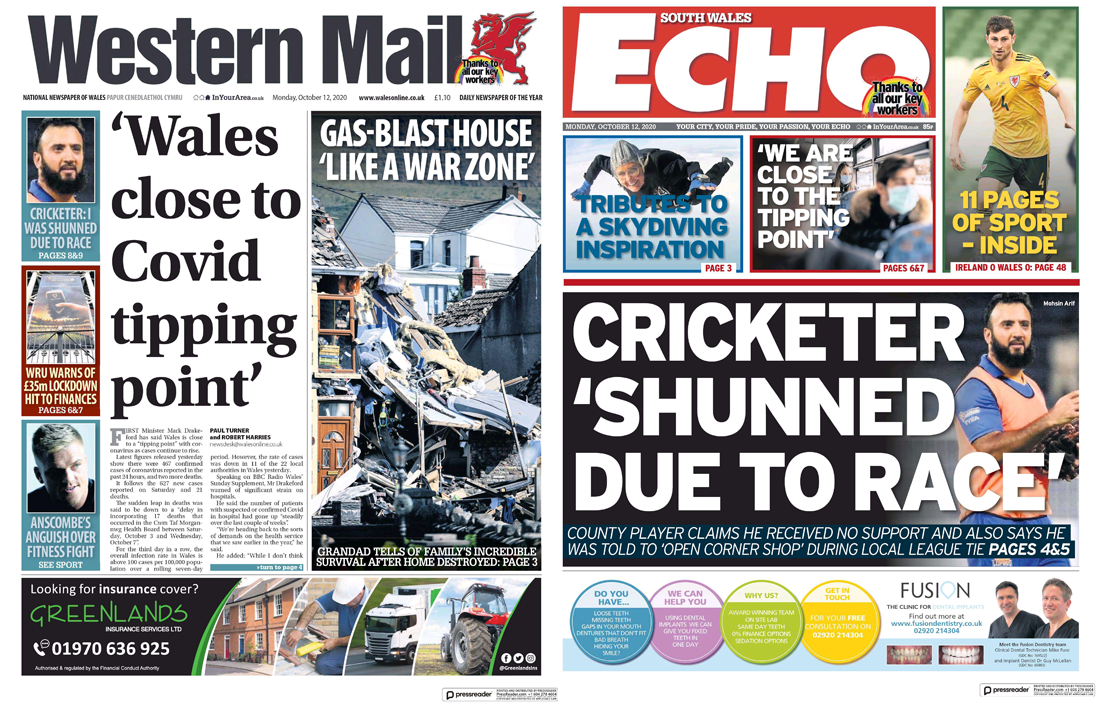 Last Sunday, 11 October, the brother of the former leader of the Labour Party defied a threat of arrest to come to Cardiff to speak against the bogus pandemic sweeping the world.

After Piers Corbyn spoke in Oxford a few days earlier it had been in the news that he’d been threatened with arrest if he came to Wales to speak at what was a peaceful rally in protest against the draconian measures being implemented in the name of Covid19.

On his arrival in Cardiff Bay the police did make an effort to make good on that threat, but with the help of a group of supporters he was eventually cleared to attend the rally.

But outside the Senedd there was a gathering of between 500 and 1,000 people assembled to listen to Corbyn and a group of speakers who’d been touring the UK trying to expose the web of lies and deceit that has been the backbone of the indoctrination perpetuating a bogus threat to our lives caused by a virus, at its worst, about as lethal as the flu.

Is this not a newsworthy story? “Cardiff protesters proclaim pandemic a hoax.”

But the speakers were not only there to talk about the plandemic, a group called Public Child Protection Wales was also there to inform people about a bill that’s currently being discussed by the Senedd that focuses on sex education in primary schools, which would put the onus of “consent” on the child.

Not newsworthy? “Mothers cry out about sexualisation of children.”

So, all-in-all you’d have thought there was a decent story in there somewhere for the Welsh newspapers to cover, yeah? But once again the Reach-owned Western Mail and South Wales Echo chose to ignore the events on their front pages the following day.

The Western Mail did lead on First Minister Mark Drakeford proclaiming “Wales being close to Covid tipping point” but, funny, no mention in that front-page story about a protest in the Bay proclaiming the whole caboodle a hoax. It did turn to page four though… and I didn’t buy the paper so, who knows, perhaps it got a paragraph there? A few plugs and a picture story failed to mention Corbyn’s defiance in coming to Cardiff either.

The South Wales Echo also had the “tipping point” story in a plug but focused on a cricketer “shunned due to race” instead of “Corbyn defies police”.

I’m ashamed to say I used to work for those papers, but I’m happy to report that I no longer do. I don’t know how either paper could explain its lack of coverage of the events in the Bay the previous day given the magnitude of the subject. It defies everything I know about those organisations and how they work. But people, the nation’s at “tipping point” because of a bogus virus… better put your mask on and salute the “Welsh reich”! Oh, and forget honest journalism, that died too when democracy went down the pan!